Seeing blood when you look down into the toilet bowl can be an alarming sign. This is called rectal bleeding or hematochezia; it can indicate several health issues ranging from mild to serious problems based on the looks, amount of blood and frequency pattern of finding this symptom.

You may find blood in stool in different ways- on your toilet paper when you wipe or in the toilet bowl. It’s possible that your poop has vivid red streaks of blood or that blood is mixed in with it. Stools can sometimes be exceedingly dark, practically black, and tarry in appearance. The longer the blood is in your digestive tract, the darker it will typically look. This is because your body contains digestive chemicals that break down everything that passes through your digestive tract. The colour of blood can give us a clue of where the problem arises from.

However, sometimes we don’t see the blood in the stool yet it is observed through microscopy; it is occult bleeding which may indicate the occurrence of bleeding in the digestive tract.

Possible causes of this symptom

When you notice an unusual colour in your poop, keep in mind what you ate. Certain foods might alter the colour of your faeces, making them appear reddish or even black. This is sometimes misinterpreted as blood in the faeces. Examples include black licorice, beets, dark berries (blueberries and blackberries) and red gelatin.

There is a wide range of causes of rectal bleeding among adults and children by the site of origin, illustrated in a table.

What can I do to solve this symptom?

Seek medical care to find the cause of bleeding if you notice it suspicious (painful or repeated bleeding) or the symptom causes you anemic symptoms such as fatigue, pale dizziness, palpitation and hard to breathe.

The doctor will help you by arranging some investigations for you after taking a detailed medical history and digital rectal examination. The first line tests usually include a fecal occult blood test, full blood count and endoscopy based on the suspected site (either OGDS/ Esophagogastroduodenoscopy or colonoscopy). If your condition is found to be life-threatening, hospitalization followed by procedures may be needed to stop your bleeding. Examples of procedures include blood transfusion, iron replacement therapy and electrocauterization or resection of the lesion.

Your rectal bleeding may or may not stop on its own, depending on the cause of the bleeding. You must, however, pay attention to your body and monitor the bleeding. Take note if it happens once and then stops, but it’s unlikely to be an emergency. If you experience excessive rectal bleeding or observe blood on a regular basis, contact your healthcare professional right once.

Performing a detailed health screening will definitely help you to detect health problems as early as possible. 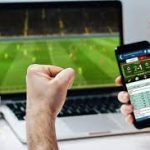